PicoC comes to the Prizm and other upcoming Utilities features

On 24th June last year, Version 1.4 of my Utilities add-in for the Casio Prizm calculators was released. The plan was for this to be final release of said software, with any further versions being bug-fixing only, and because of this, it was even more thoroughly tested than previous stable releases.

Ironically enough, an apparently innocent code optimization, introduced at a late development stage, introduced a bug in the Tasks functionality of the add-in, where a reference to a nonexistent memory object may happen when there are no tasks. At this point, I was more or less tired of the Casio Prizm platform, because of the many issues I have described throughout the years, and which the homebrew development community is yet to fully solve. However, as time went by, occasionally I’d look into my Prizm projects and I’d inevitably end up optimizing yet another function, or adding another small functionality.

This, plus the desire to iron out some edges, led to the discovery of another bug, this time in the calendar search function. After lengthy debugging sessions it turned out to be a buffer overflow issue that could happen when reading malformed calendar database entries. Fixes for these and other bugs, plus the functionality I added as I had time and will, made it clear that releasing a new version of Utilities was imperative. I often ask myself if continuing the development of such project is still worth it, since: 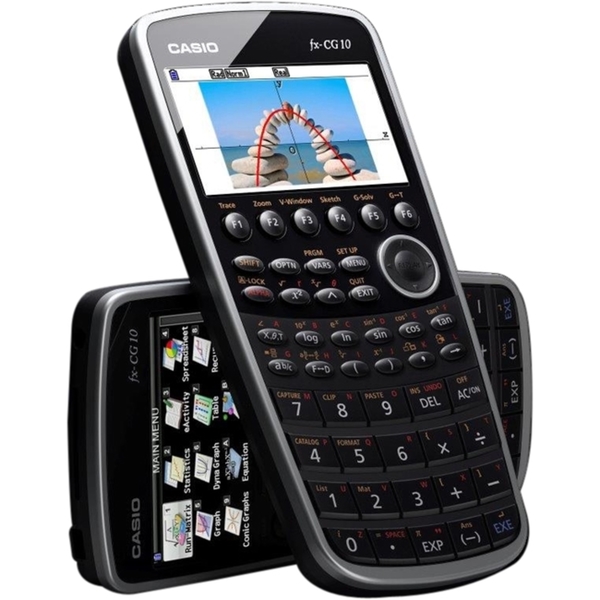 Apparently, at least one hundred thousand of these devices are produced every month, but the amount of users who know they can run extra software in them, is in the order of the few dozens.

Despite all this, such questions are promptly answered by the fact that I still have fun developing it, even if nobody gets to use my work. And so development progresses, albeit at a much more relaxed rhythm, firstly because v1.4 is still very stable (at least, no one complained), and secondly because there is no roadmap to v1.5 nor planned release date. Heck, if I wanted to, I could not release it, and zero people would complain… but perhaps not after seeing what’s coming.

On the video below (without sound), I show a small subset of the new functionality for v1.5 (if it ever gets released, heh heh). The part that, in my opinion, is going to leave the mouths of some people open, starts at 3:30. It is an elaborate method to allow people to extend Utilities to a certain point, by having an easy way to use the big amount of utility functions used internally, as well as the nice GUI methods I developed. As if this wasn’t enough, one still gets access to most known syscalls (those that involve function pointers being the notable omission). What’s presented is, after all, the most powerful scripting engine ever made to run on the Prizm, and because of this one gets goodies like on-calculator development.

As hinted in the video, “PicoC script execution available on select builds only”. Starting with version 1.5 of Utilities, there will be two public builds made available: the normal one, with the now usual feature set plus the added features but without PicoC, and another with all that plus PicoC support enabled. The reason for this, is that such support increases the size of the add-in by at least 60 KiB, and as can be seen in the video above, the scripts have (almost) full reign on the machine, including read/write access to the whole address space (in the video, you can see a script changing the function key color, and while it’s not depicted, it also locks and unlocks Main Menu access). This means that a script can definitely brick a calculator on purpose, and do all the sorts of nasty (and good) things an add-in can do, except use syscalls with function pointers (the reason being, that PicoC doesn’t support them). It’s understandable that not everyone wants to have such a thing installed on the calculator, hence the limited builds.

PicoC is not especially fast, but definitely fast enough for many applications. It is also riddled with bugs, and even things as simple as the scope of variables appear to have bugs. Adding the differences between PicoC and the C90 standard it aims to run, expecting to write C code with the same kind of ease (if it was ever easy, especially after using newer C standards or C++) as when using a fully featured compiler is certainly unrealistic. Still, I hope my PicoC port will constitute an interesting alternative to the never-finished LuaZM and to the Casio BASIC interpreter that comes with the OS.

Regarding the other changes seen on the video, there’s the rearrangement of menus on the home screen. The tools menu now hosts a balance manager, with support for multiple wallets, and it will also host a password generator. The old tools menu has been moved to the “Memory & System” menu on the F5 key.

That’s nice and all, but for when?

I don’t have an answer to that. With v1.5 I would like to include even more features than what I have added so far, namely a proper text editor. Such an editor is being developed by ProgrammerNerd / ComputerNerd, who, just like me, doesn’t always have much free time to work on such things. So I’m patiently waiting, and you should too. Meanwhile, feel free to ask any questions, request features (please be reasonable, and I don’t promise anything) or request development builds for a sneak peek.