Every news piece I see about Microsoft buying Nokia, seems to focus on the business side of the things – “was this a good move for Microsoft?”, “was this a good deal for Nokia?”; on the future of Windows (Phone), and on the patent portfolio Microsoft just licensed for 10 years (to me, in practical terms this equates to buying…). But I think everyone is forgetting what Nokia did before the Microsoft partnership involving Windows Phone, more precisely the software that runs on their older phones. What will happen to these pieces of software, some abandoned and others not?

I am not a Nokia user and I haven’t had extensive contact with their hardware or software. I do have some friends with modern Nokia feature-phones and non-WP smartphones, and I know a bit about their experience with them. I have also tested some of Nokia’s experimental/in-development Linux based systems on emulators (yes, Nokia wasn’t just Symbian and WP). That said, I apologize for any wrong facts on this post. I will be using Wikipedia as a (improper) “source” for some things.

Nokia developed, or supported the development, of several embedded operating systems. These ran and run mostly on feature-phones, despite some of them supporting third-party software and having other features that make me label them as a “smartphone with alphanumerical keyboard”. S40 is an example of this, having debuted in 1999 and being used until 2012 (it powers the recent Nokia Asha phones). (source)

Then there’s Symbian, which was born not just as a Nokia venture. Symbian, a proper smartphone OS, was born as “a partnership between Ericsson, Nokia, Motorola, and Psion” (source). Nokia used Symbian on most of their earlier smartphones, being the responsible for Symbian’s really high market share, which lasted until the end of 2010.

The S60 platform, first released in 2002, was based on Symbian and during the course of its life, it powered phones with and without touch screens (yet again, cases of smartphones with alphanumerical keyboards). Later in 2010, Symbian^3 was released, to power the Nokia N8. More or less by the same time, Symbian, once made open-source, turned into a licensing-model only.

In February 2011, Nokia announced they were dropping Symbian-based systems in favor of Windows Phone. Later that month, the Nokia 808 PureView, with a 41 (forty one) megapixel camera (just like this newer one), was announced, to officially become the last Symbian smartphone.

Nokia Anna and Symbian/Nokia Belle were released later in 2011 as updates to Symbian^3. Some time between Anna and Belle, Nokia outsourced Symbian support and software development to Accenture, a situation that will stay until 2016. The second feature pack of the Belle update is the latest version of Symbian as of now. Will it be the last? I would say so. 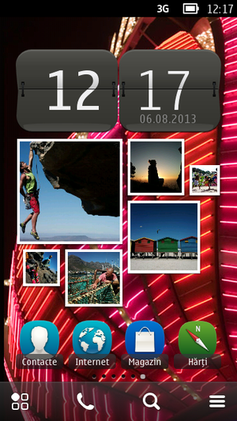 Nokia also developed apps and internet services for the later Symbian updates (these included an app store, the Ovi Store). Ovi was the brand for many of these apps and services. Among the Ovi apps, there was Ovi Maps, later renamed to Nokia Maps in 2011 and now called Here. Here runs on many mobile operating systems, not limited to those developed by Nokia, and provides map and traffic services to Windows Phone 8. (source)

From Belle on, it’s what you probably already know – more and more Lumia smartphones powered by Windows Phone. For feature-phones like the 2012 Asha models, Nokia seems to have reverted to S40, not Symbian-based.

And this is the story of Nokia’s moderately successful operating systems more or less known by the common user. But Nokia invested in other projects not so widely known to the general public, but which developers know well. It is the case of the Qt framework, which was developed by Nokia after they bought Trolltech, the original developer. Qt was used in Symbian; a bit after Nokia dropped Symbian, they sold the licensing stuff to Digia, that now owns the Qt trademark and the Qt Project.

Nokia also invested in other OS projects besides S40 and Symbian-based systems. Maemo, an open source software platform intended for smartphones and tablets, was based on Debian Linux. It made its first big appearance in 2009, with version 5, as it powered the Nokia N900. From my point of view, this device had some flaws and ended up being only loved by Linux geeks. But this is my personal opinion, of course. I know I would have liked to own one of these 🙂

By February 2010, it was announced Maemo would merge with Moblin, to create MeeGo. Finding the story complicated already? The best (or worst) is yet to come… In September 2011, roughly a year and a half after that merge, the Linux Foundation, which hosted MeeGo at the time, announced it would be terminated in favor of yet another project, Tizen. By the same time, Mer appeared as a fork of MeeGo. A company called Jolla, from Finland, then started cooperating with the Mer project to create the Sailfish OS. Confusing enough?

Basically, from the initial two development efforts (Maemo by Nokia and Moblin by Intel) we walked towards six (and counting) different mobile-oriented Linux-based operating systems, some dead, some dying and others just starting. There doesn’t seem to be much app compatibility between these – other than good old Linux binaries (but that applies to Android too and I’m not talking about that kind of apps), and maybe some HTML5 apps (and of course, all the web pages).

In case you didn’t notice, Nokia (now Microsoft) is obviously not involved in any of the current projects (Tizen, Mer or Sailfish) – it’s just not part of their new strategy (and if for some reason anything Linux was involved in the current strategy, I’m sure Microsoft would dump it ASAP, or at least hide it from the public).

Obviously, as of now, one can’t even speak about the market share of these six mobile OS, without having to use scientific notation with negative exponents and a big amount of small-number guessing. To my eyes, Maemo, despite being old and officially unsupported, seems to have a bigger community (and, I guess, a bigger market share) than any of the other small projects that were born from it and forcibly declared as its successors. Or perhaps, I should say that a big part of the community is still centered around Maemo – even though most of the development actually occurs on the new projects.

Add the six I mentioned, to the count of other newborn mobile OS (Firefox OS, Ubuntu for phones…) and make your bets on which one (or whether any of them) will get a market share we can measure, with a percentage above 1%. Maybe if they all got together and united their efforts… oh wait, refer to “MeeGo” for the expected result. But, I’m getting off-topic…

…or perhaps not so off-topic. Nokia, before Microsoft, and during the course of its handset making history, also developed a bunch of different platforms – S40, Symbian and everything that ran on top of it: S60, Symbian^3, Belle and I may be forgetting some. Not all of these were compatible with one another and they had different user experiences. Now compare this to Apple’s iOS since the first iPhone, or Android since the first phones that ran it. Sure, there were lots of updates to each of these systems, and sometimes the user experience changed a lot, but they never changed names and there was always some kind of data and app compatibility.

Applications one developed for Android 1.6 most likely still work fine in 4.3, even if sporting an outdated user experience. The user experience has changed but progressively, and much of the practice an user gets from using earlier versions is still valid on the latest. On the Nokia side, from S60 onwards, there was some app compatibility (but from what I see, not as good as Android’s or iOS’s), but the constantly changing names and looks confuse consumers. 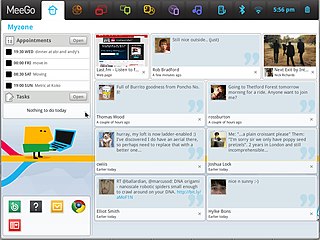 Since the Linux-based Maemo and successors had nothing to do with Symbian, Symbian-based and Linux-based systems always lived in different universes, despite being both made by Nokia for similar devices. And now Windows Phone has nothing to do with either Symbian or Maemo/MeeGo – it’s yet another “ecosystem”. Talk about fragmentation in Android, and I’ll show you all the systems created by Nokia.

Nokia managed to start more mobile OS projects than companies like Microsoft, Apple or Google, and yet didn’t manage to stick with any of them, except maybe Symbian… but even on the Symbian land, there were lots of changes to user experience over the time, and to the end user it definitely didn’t feel like it was the same OS when they bought a new phone.

And now that Nokia is basically Microsoft, users of the multiple platforms that reached the mainstream consumer before Nokia made Windows Phones, are pretty much screwed. Nokia/Microsoft no longer cares about their non-WP phones except for what I call “traditional support” (phone breaks, gets replaced or repaired; security bug is found, gets fixed) – but users expect other types of support for smartphone OS, namely updates (to fix non-critical bugs, for example). And maybe even the traditional support is compromised.

I see a lot of wasted work and money on the Nokia side, investing on things that eventually never went forward because at some point they lost support from Nokia. I even think much of the recent waste over the past two/three years was purposeful (*cough* Stephen Elop *cough*). At the same time, I can see the old Nokia strategy as “not putting all the eggs in the same basket” – they weren’t just committed to Symbian, but also S40 and Maemo/MeeGo, and later Windows Phone. Then they decided to drop all the eggs but S40 and Windows Phone. And now that Microsoft bought Nokia, I believe they are going to drop the S40 egg too.

Ultimately, I believe this isn’t good for the consumer. It loses yet some more mobile OS choice, even if these choices weren’t so popular – at least, they were something different. The choice is more and more between Android, iOS and Windows Phone, and if the currently in-development projects don’t hurry to get on the market to earn some users, they may suffer the same fate as all the other ones that got killed or merged, eventually turning them into abandonware.